No, this is not just a pompous exercise to show off our 5 star Google reviews or an unnecessary rhyme, to show off my poor rhyming skills.   This is a real question that is often searched for on Google.  In fact, Google estimates terms like ‘top web developer Indianapolis’ or ‘best web designers in Indianapolis’ are searched for hundreds of times per month.  So what kind of amazing results does Google provide for a search like this?  I’m betting they are really good.  After all, Google’s very mission is to provide the best search results in a listed form while differentiating their search listings from advertised listings.  Here’s a list of the top 6 for best web designer in Indianapolis: 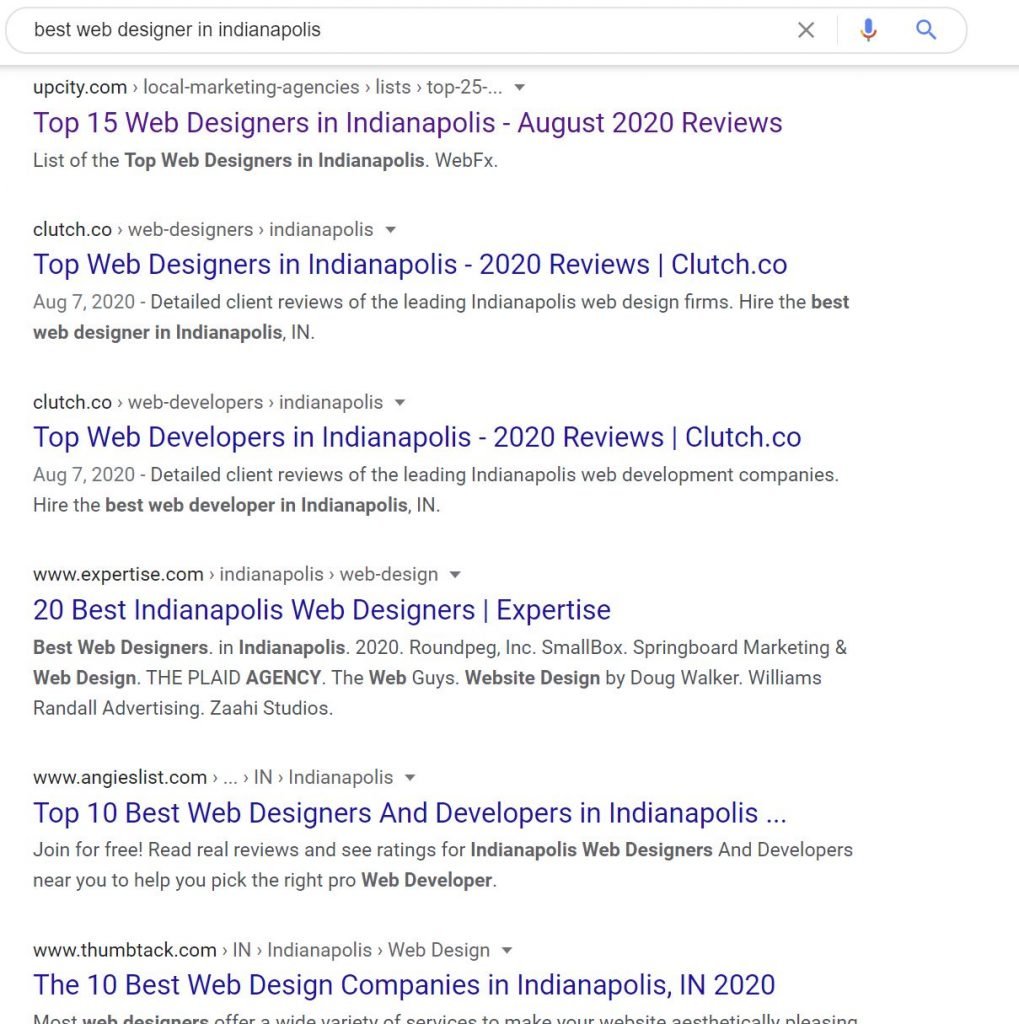 Perhaps you find it funny, as I do, that instead of showing the best web design companies when you search for this query (or even an ad by self assured design agency), that Google simply lists a bunch of other companies that create their own lists.  Lists are supposed to be Google’s thing…so what’s going on here?  In fact, Google doesn’t list a single web design company in Indianapolis.

It turns out that these companies are just really good at performing search engine optimization for search terms like this and many others.  In fact, they fix the game by asking the businesses they list on their websites to link to their profiles.  Those links often use terms like ‘best web designer Indianapolis’ making Google think the link is legitimate.  Instead, it was just set up as a marketing ploy to dominate the very keyword phrase the web agency itself would like to rank for.

Like Google, these companies are all about showing companies that have paid money at the top of their lists but unlike Google, they don’t particularly advertise the fact that their top listings are almost always placed ads.  So basically, people that click on any of the above options for this term and many others including Upcity, Clutch, Expertise, Angieslist, and Thumbtack are just going to get a list of companies they believe really are considered the best web designer in Indianapolis when all they are really getting is a list of agencies that paid to be there.  Even sneakier, each of these companies allows any business to be listed on their lists.  They just won’t show them very high unless they pay.

Let’s drill down deeper into the list and go site by site and see if we can verify that a pay to play system is in place.

Here’s Upcity’s top listing, a company called WebFx.  Notice the ‘Diamond Verified Partner’?  That’s showing how much this company has paid to be shown on top.  A company with 0 reviews and located in Harrisburg, Pennsylvania so it makes perfect sense they show up on top for this term in the Indianapolis market. 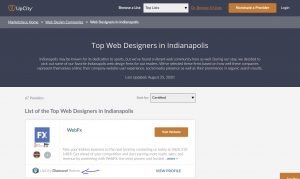 Clutch actually has a great Indianapolis based company in the top spot.  They also have some awesome reviews which is good to see.  Unfortunately, Clutch is also very much a pay to play.  Below you can see their plans and pricing for monthly pay scales. 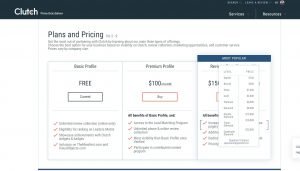 This one has another well known local Indianapolis web design company in the number 1 spot.  Their paid tier is for ‘Featured’ agencies which list above all other agencies. 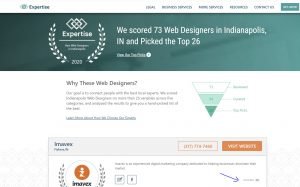 The grandaddy of all of the pay to play stuff, Angieslist, has likely been paid by every company listed in their top 10 including their top pick, NVS Design that apparently has a branch in Indy (though the address when searched simply comes up with a local insurance company).  In fact, this company seems to be based in Beverly Hills, California. 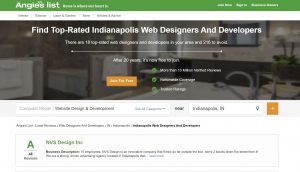 Thumbtack lists B12 as their top web design agency in Indianapolis.  B12 is apparently an AI assisted web builder that can ‘build a website in 60 seconds’.  Nothing says ‘best’ like fastest.  Of course this company is not based in Indianapolis but did receive 12.4 million dollars in venture capital in 2016. 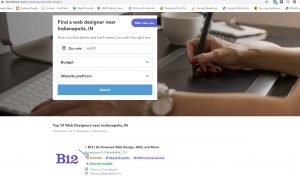 So there you have it, a cesspool of Google results for ‘best web design company in Indianapolis’.  A common search term, like many others on Google, that simply bring up a bunch of websites that have largely undisclosed paid listings.  If you are really interested in finding the best web design company in Indianapolis, maybe skip Google and and ask a friend that has a website that you like.  Ask them if they used a local web design agency and if so, who they used.  You will likely come away with a much more honest result…unless that is that one of the above list companies got to your friend as well.

You or someone previous to you made the wise decision to create a WordPress website.  Now you log in for the first time in a while and you see that there are a ton of plugins that needs updated.  How do you update the WordPress website plugins and what precautions should you take before taking the first step? What Are WordPress Plugins? First things first, plugins add functionality that typically provides features that your WordPress website wouldn’t have if they weren’t active.  Think of them as apps on your phone.  For example, without your phone's banking app, you wouldn’t easily be able