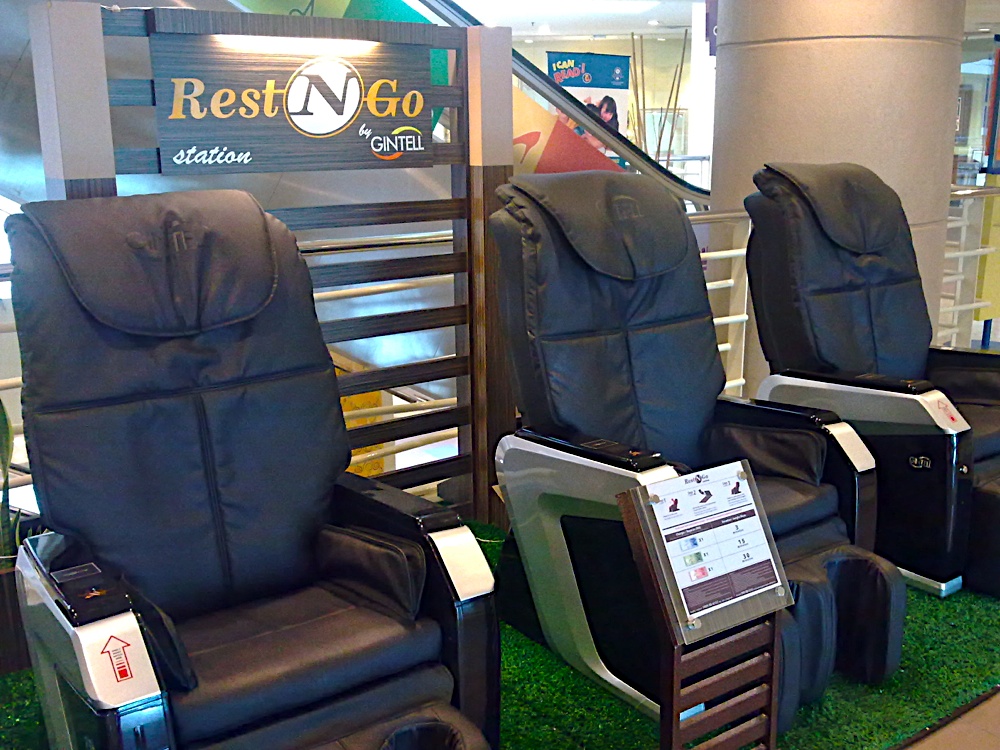 of your neck pain and troubles are meant to fade away?  A while ago I was in one of those places and was tempted to try it out and I have to say, it was a little unnerving. I just felt weird using one – after all, I’m used to my neck hurting all of the time and I assume that I deserve it after a lifetime of leaning forward or leaning back (doctor’s tell me my neck has been hurt over the years…due to me using it).   I can only assume everyone else walking around feels the same way and here I am in one those chairs, all relaxed as heck and sprawled out mere millimeters from people tripping over my feet.  It was so relaxing, I was anxious the entire time.

Have you ever gone to a house and knocked on the door and then realized they had a doorbell just seconds later?  A number of people have had that happen to them when they come to our house recently.  I sometimes work from home and am in the middle of a thought (admittedly, not often an important one) when a suspicious knock is heard coming from my door – did you realize that knocks are the only type of door sound that can really be called suspicious?  A doorbell always sounds exclamatory but a knock can truly be suspicious.

Did you ever see an old mystery movie where they would have people knock on the door with a secret knock in order to let them in?  Can you even imagine how annoying that would be?  What if you were in the bathroom when the first couple of knocks came from the initial knock pattern?  “Can you do that again?  I was washing my hands!” I would have just opened it and taken my chances.  After all, how many people knock on a door during a day?  I would either be right that it was the secret knocker or stuck listening to a Schwan’s guy try to peddle his frozen foods (honestly, I’d rather it be an assassin).

I am bound and determined to tell you this month about the custom swizzle sticks you can order from our new client, Royer Corp.  Not only because they are an awesome Hoosier client but because swizzle is such a fun word to write.  Though we didn’t create their website, these guys have been nice enough to allow us to come in and help take stock of their company’s Google Analytics data and make recommendations for what changes they may want to make to get more out of their website.  If you are in need for some custom plastic injection molded fun, check this Madison, IN based company out!

Finally with only 5 games left, it is down to crunch time for the Cubs in this year’s pennant race.  If you have been too busy to pay attention, we are only holding on by half a game over the dreaded Brewers.  If you are the type of person that makes genie wishes (and who isn’t?), please use one of them to make sure the Cubs finish strong this year.

Finally Jeremy, Sharp Guys’ new-ish Digital Marketing Manager, has been hard at work on a new blog introducing you to him and relaying his experience moving from a digital marketing intern to manager at Sharp Guys.  Please peruse and as always, thanks for reading!